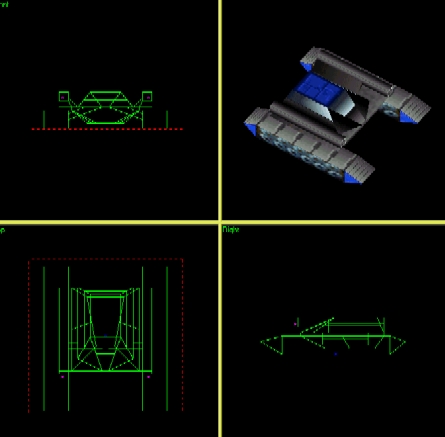 Buildpic: There is a very unrealistic look in the picture. The barrels are unclear and shaded in a strange way and the rest of the model follows the pretty same style [1]. The background couldn\'t be more unnatural than a flawless and flat terrain than can not be seen in a three-dimensional way iven if you really try to [0]. The shadow of the unit says one thing while the shading of the unit says another thing and the background claims a third... [0]