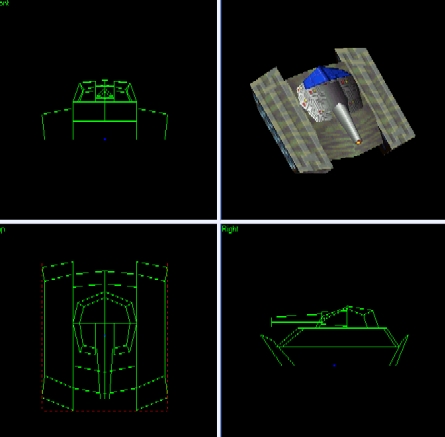 Buildpic: This buildpic looks very odd to me. For some reason, the unit looks all round like a ball and not a tank by any means. It is a bit messy too and the angle makes the turret look deformed [3]. The background is acceptable [3]. The merging however is not really perfect. The difference in color settings between the unit and the ground is too sharp. Not to be nitpicking, but the seems totally misplaced on the very pale background [2].

Model: First of all, I'm one of those people that are allergic to pointy tracks that slope on the underside for some reason. The turret needs to be a little less rounded up and the barrel need to be done in a different way so it can be seen a little better [3.5]. The texturing need to be a tad brighter (check the OTA models) and the top of the turret should be filled with happy, light versions of the logo tex only. That dark spot makes it look like an imposter [4]. The corpse is fine, nothing to worry about [1].

Balance: Let us compare to the Funk's closest comrade: The Stumpy tank. After a few minutes of study, I can reveal that the only disadvantage Funk got is 20% lower armor (808 compared to Stumpy's 992). Otherwise, the Funk owns in every other cathegory. It is cheaper, it is faster, it is more agile, it got a longer range (300 compared to 240) and a good more damage/second (42 compared to 32). It does shoot low, so it can't fire over Dragon Teeth, but it fires fast, so unlike the Stumpy it does actually hit moving targets. The Funk also have an augmented turret rotation system that by far outclasses his brother's old junk, which means that they are a lot against moving units. To get a good score in this section, I recommend to reduce the damage ration to about 30%.

My score: Nah, too ill balanced for me to like