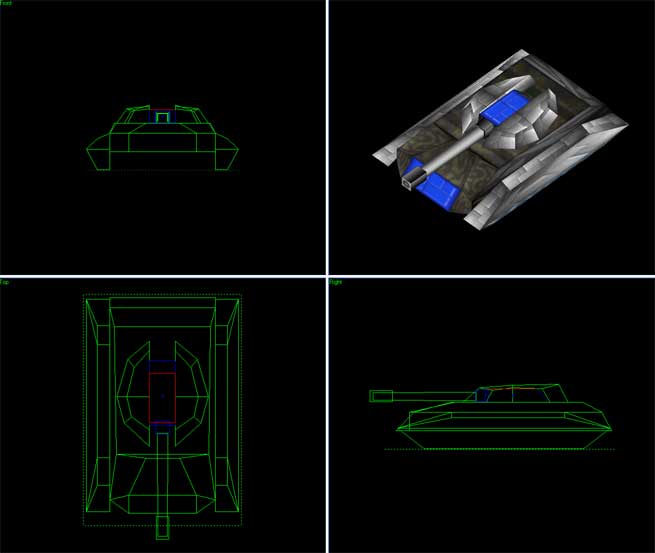 Buildpic: The unit lacks coloring altogether and is oddly shaded [1]. The background is a tad too dark [2.5]. The merging is flawed, as ther is an angle error and the color/light settings are totally different between the unit an the background [1].

Model: Model look a bit Core-ish (although in an Arm factory), but lacks some details to realy fit in among other TA wireframe models, where the split turret is the part that stands out most [2]. The texturing sucks, especially on the turret and the tracks where the shades are placed in the exact wrong directions. Every single one of them. The actual body looks kinda fine, as it tries to mimic the Raider's color setting (also arm-core mismatch), but the rest is just way off limits [2]. The corpse is texxed in one color only [0].

Balance: Previously, I have ripped several units' balance scores upon discovering their striking similarities with already existing Cavedog units and this is one of such cases. This unit have the same weapon as the Arm Stumpy tank, is more expensive, slower, weaker and harder to maneuver. It's just a Stumpy with worse stats and model. Score poof gone.

My score: Were there some kind of different intention in this unit? I saw a mention that it belonged to level 2 at some point...